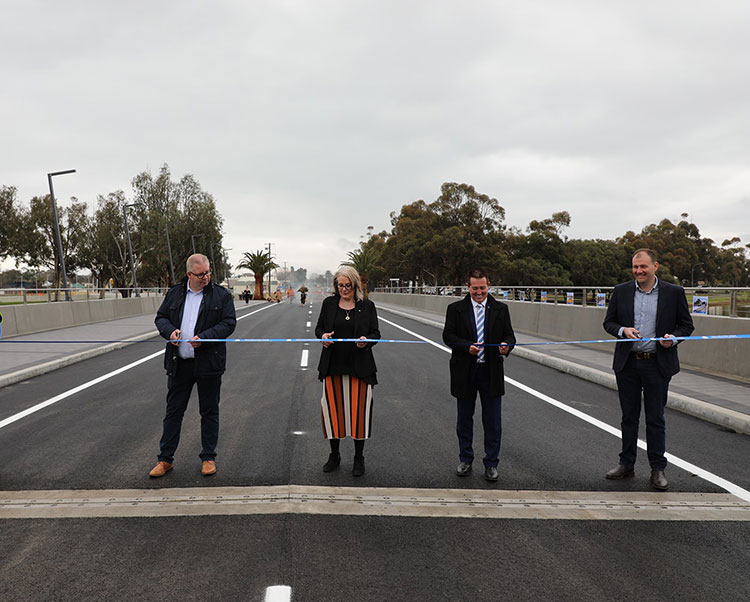 The opening included a smoking ceremony on the bridge by Indigenous group River Spirit Dancers, led by Yarangirri Holmes, before officials cut the ribbon and walked across the bridge.

“This project started early in 2019 when Council staff prepared the site, relocating underground services, overhead power and closing walkways before Transport for NSW arrived to dismantle the old Camp Street Bridge,” said Forbes Shire Council Mayor, Phyllis Miller OAM. “Our work with Transport however started long before this stage with Council providing support and input into the design process.”

The $12.8 million bridge, which was completed a month ahead of schedule, was funded by the NSW Government to replace the old Camp Street Bridge, built in 1927. 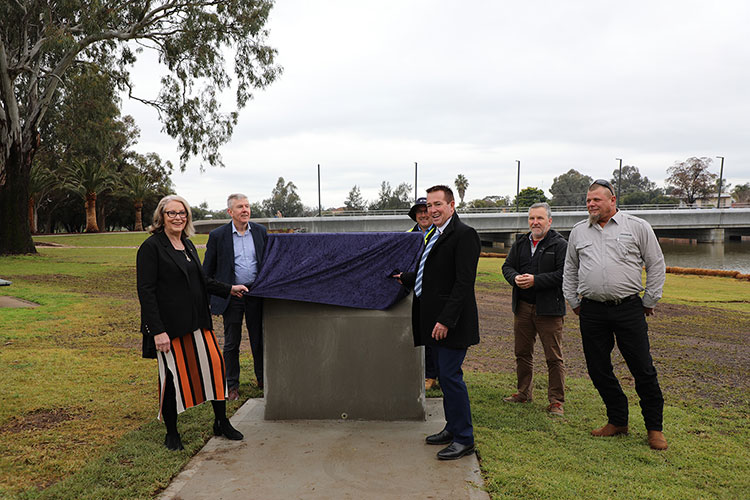 The original bridge no longer met the current design standards and the new one is considerably wider to allow for wider transport vehicles, as well as ample space for both pedestrians and cyclists.

Forbes Shire Council contributed $250,000 to complete the approaches to the bridge and landscaping on either side.

Nationals Upper House MP Sam Farraway, who attended the opening ceremony, said elements of the old bridge had been incorporated into the design of the new bridge to complement the town’s heritage aesthetics.

“It’s the simple touches, like historic lamp posts on the bridge approaches that provide a reference to the past, with a modern twist. This bridge has a story to tell and a heritage area has been established so the community and visitors can learn about the history of Camp Street Bridge,” Sam said.

With more than 2000 tonnes of concrete and 221 tonnes of steel, the new 70-metre long bridge not only makes crossing the lake safer and easier, but ties in with the modern, clean lines of the landscape that has already begun to take shape around the lake, with more improvements to come.