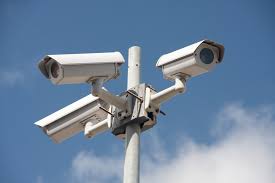 The Wiradjuri Dreaming Centre received a welcome gift this week of $13, 600 for the funding of two closed-circuit television cameras. Federal Member for Riverina Michael McCormack made the announcement on Tuesday as part of the Safer Streets program that supports communities at the grass roots to help address crime and anti-social behaviour.

“This has come as such a big surprise and we thank you from the bottom of our hearts,” said Aileen Allen, Secretary of the Wiradjuri Dreaming Centre. “We keep on spending money we should be using for development, because of vandalism at the centre.” Michael said the cameras would be beaming images straight to the Forbes Police Station to ensure the culprits were caught and faced the full punishment of the law.

Forbes Shire Deputy Mayor Graeme Miller said he was pleased the funding had been announced as the centre had a lovely setting at the lake and needed to be respected and not damaged. “The Forbes Wiradjuri Dreaming Centre Inc has done a great job with the development of the centre and unfortunately it has been the target of vandalism since it opened in 1996,” said the Deputy Mayor. Plans are underway to place at least eight Aboriginal sculptures around Lake Forbes if a grant application is successful. New barbeque facilities were recently installed. Aileen wants the whole community to enjoy the facilities any time.