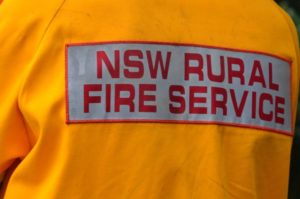 “From now until the end of the Bush Fire Danger Period, people wishing to light a fire in the open will require a permit, which are free and can be obtained from your local fire station or Fire Control Centre,” Ken said.

“When conditions are particularly bad, such as on days of Severe, Extreme or Catastrophic Fire Danger, the NSW RFS may declare a Total Fire Ban, prohibiting the lighting of any fire in the open, even if you have a fire permit.”

On a day of Total Fire Ban the lighting of fires is prohibited. This includes cooking fires using incinerators and barbecues which burn solid fuel, such as wood or charcoal.

Gas or electric barbecues are permitted under the following conditions: they are on residential property within 20 metres of the house or dwelling; they are in a picnic area and the appliance is approved by Council, National Parks and Wildlife Services or State Forest; they are under the direct control of a responsible adult; the ground around a barbecue is cleared for 2 metres of all material which could burn and you have an immediate and continuous supply of water available.

“We urge all residents in the Mid Lachlan Valley Team area to be vigilant and extremely careful with fire during the Bush Fire Danger Period,” Ken said.

“Every resident should have a Bush Fire Survival Plan so they know what to do on days of increased fire danger and can immediately put their plan into action if their home is threatened by fire.”