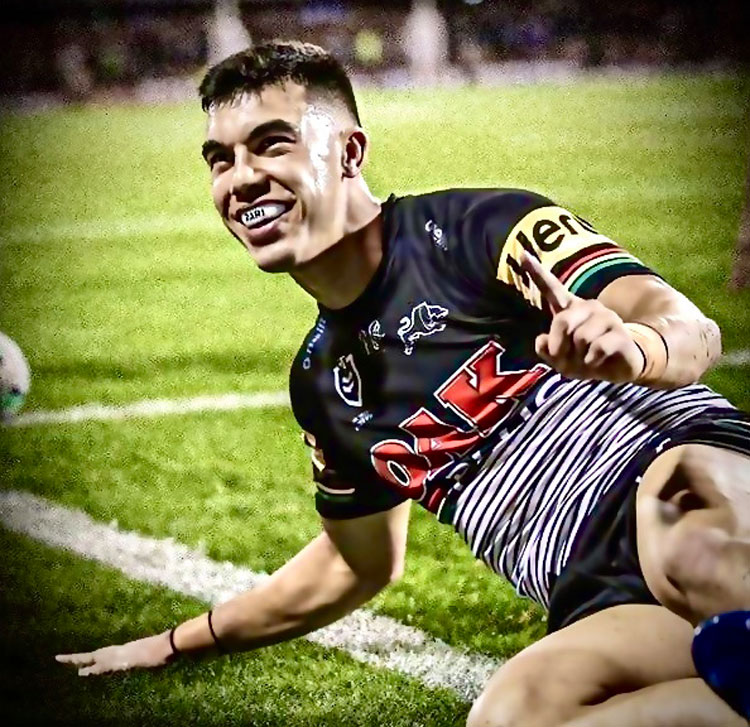 NUMBER ONE: Forbes Magpie junior Charlie Staines and his Penrith Panthers sit alone on top of the NRL ladder after five rounds as the only team undefeated.

It was billed a potential grand final rehearsal and for about 20 minutes it was – until Penrith put their foot to the pedal.

Penrith Panthers made it five games undefeated to start the 2021 season – a first for the club, while Charlies Staines grabbed a double as ladder leaders Penrith smacked the Canberra Raiders 30-10 in Penrith.

Staines, who continues to dine out on the wing, was in everything, including snuffing out tries as well as forcing line drop outs with deft grubber kicks. With Dylan Edwards out and pace to burn as well as experience in the fullback jersey, the Forbes Magpie junior may well find himself in the custodian role yet before the season is out.

The night was also a celebration of the 1991 Panthers grand final winning side lead by Goolagong local and Forbes favourite Royce Simmons. Ironically, Simmons and those Panthers also defeated a star-studded Canberra side that included Mal Meninga, Laurie Daley and Ricky Stuart – the current Raiders coach.

Thirty years on, can Staines and the young Panthers repeat history?