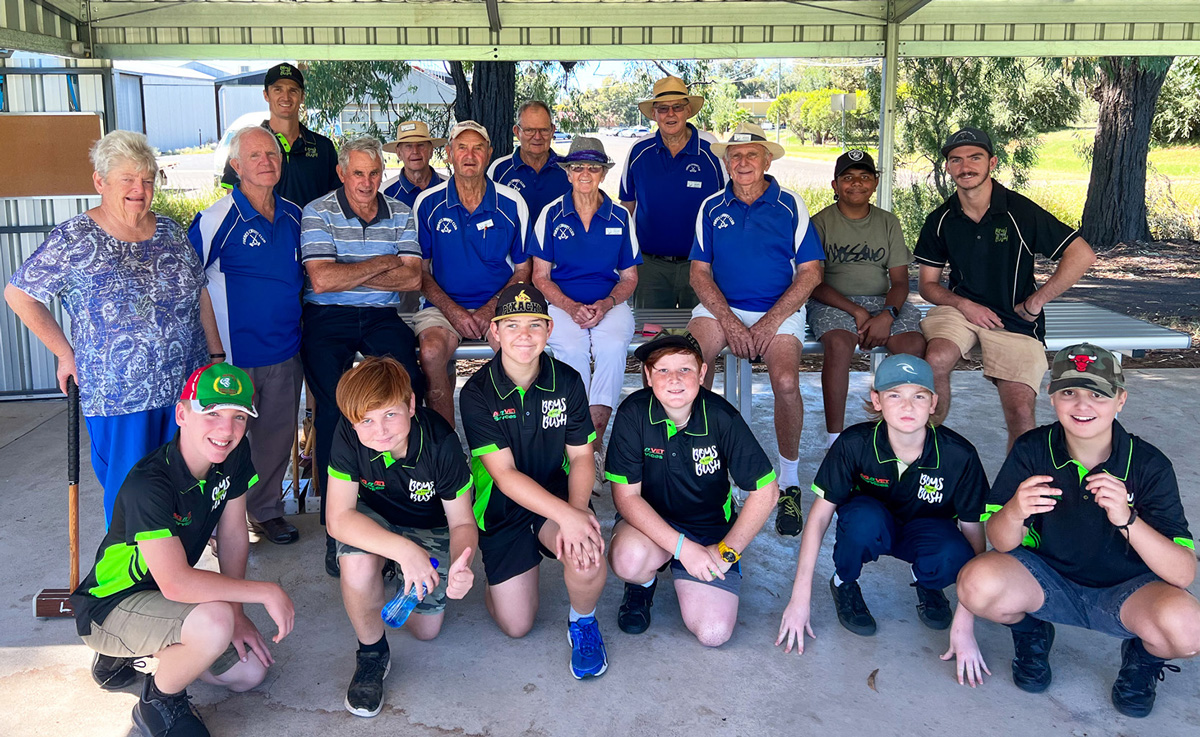 The Boys to the Bush participants with members of the Forbes Croquet Club having fun together.

The Forbes Croquet Club again hosted the Boys to the Bush earlier this month. The boys arrived all eager to get started as some were in the group who played with us in February, while others were new to the game.

It was suggested that the boys be given two shots at the ball each time to the members’ one shot. This resulted in the ball landing in front of the hoop many times which enabled their next shot to go through the hoop for a winner, and some of our members were outplayed by the boys. The boys were indeed all smiles as it made for quite a fun day.

The boys showed great respect on the day and I am urging other sporting groups to host them so they can have more activities to enjoy.

Nathan Corliss on the way they manage the boys in their day-to-day activities. We hope we can enjoy another day in the near future.

There were 27 players for Aussie Croquet on Saturday, 12th March.

There were 27 players for Golf Croquet on Tuesday, 15th March.

There will be an open day for Seniors Week on 29th March. Come and join in for some fun and to learn the game.