Home » Bogan Mobile For Sale But Hope Remains For 2023 Festival 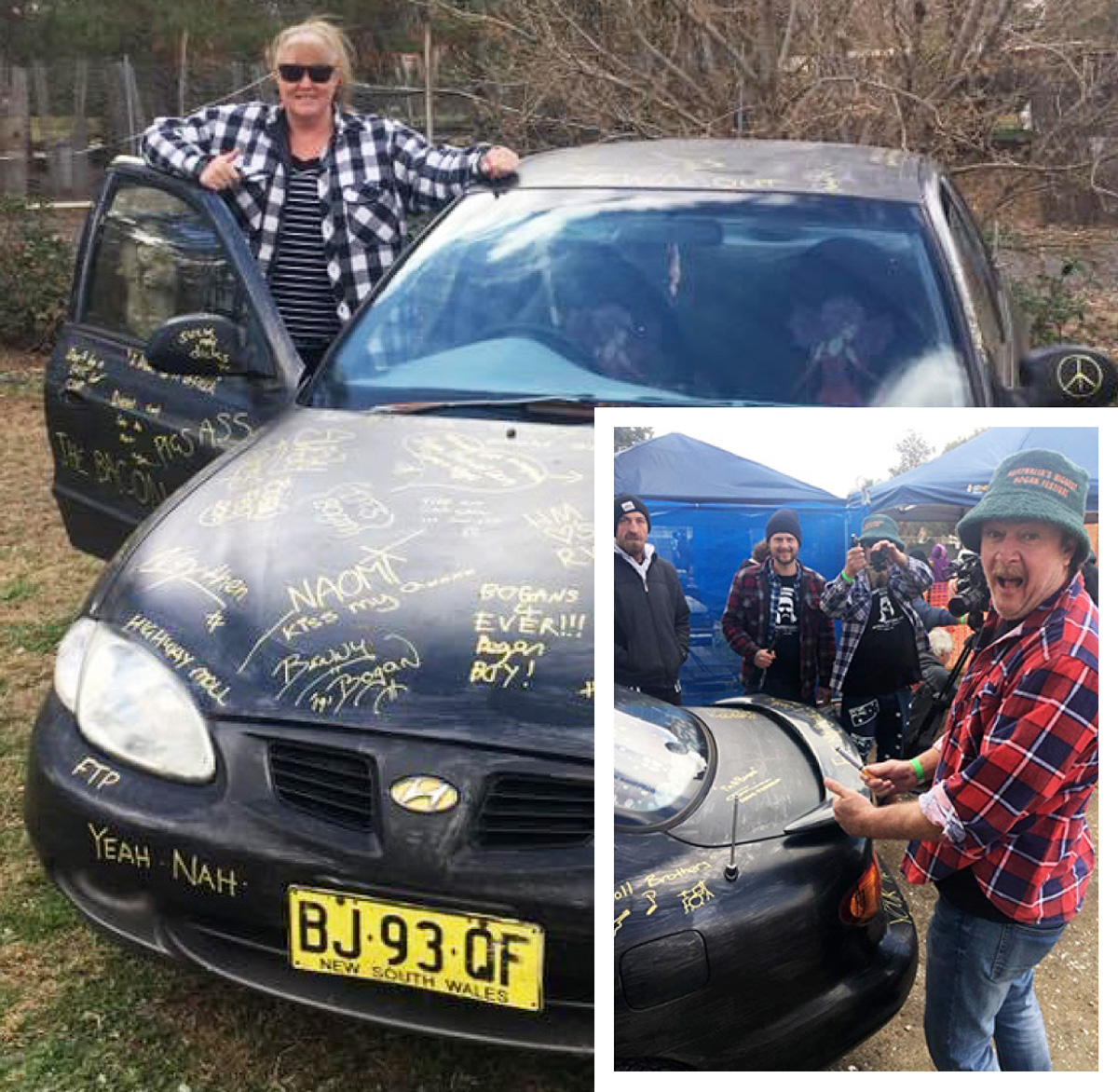 FOR SALE: The famous Bogan Mobile from the 2019 Australia’s Biggest Bogan Festival is for sale on Forbes Parkes Buy Swap Sell and the Australis’ Biggest Bogan Festival Facebook page for those interested. ABBF may return for 2023 according to reports however nothing has been confirmed yet. INSET: Comedian Chris Franklin signing the Bogan Mobile at Bogan Gate in 2019 with comedians Half-Cooked Chip, Luke Acheson and Benny Bogan.

The famous Bogan Mobile is up for sale and already there is interest in the sentimental, uniquely designed vehicle.

“The cheeky paddock basher is in fairly good condition and only needs a little bit done to it,” said Debbie Martin, who bought the car at the one and only Australia’s Biggest Bogan Festival in 2019 at Bogan Gate to help raise vital funds for the Bogan Gate community and Currajong Disability Services.

The Bogan Mobile was initially secured by a former committee member from Parkes and was on display at the inaugural event nearly three years ago. All attendees on the main day of the festival were asked to sign it.

“A lot of attendees signed it and it is a one-of-a-kind,” she said.

“I have been putting it online on Facebook on Forbes Buy Swap Sell if anyone wants a look at it.”

And while there is no festival in 2022 either after two years of COVID enforced cancellations, there is talk of another event in 2023. While nothing has been confirmed and organisers are still to resolve it with the Bedgerabong Picnic Race Club Committee, the demand and level of enquiry has meant that discussions about a 2023 are back on the table again.

“Whoever buys it hopefully can bring it to the next festival and we sell it again,” said Debbie.