Home » Big Week On The Green For Merv 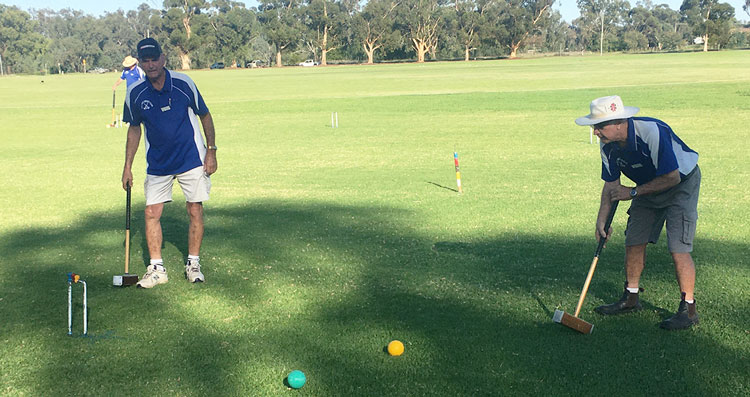 We had 27 players for aussie croquet on Saturday, 13 March. Four players had 3 wins, Jill Rubie, John MacCullagh, Bill Scott and a young Rubie Cam, so we are getting younger players which is great! Big wins on the day were 14 – 7 Jill Rubie and Merv Langfield, 14 – 8 Geoff Coles and Lib-by Smart, 14 – 9 Bob Murray and Cherylin Cole, John Farah and Bob Murray. Close games were: