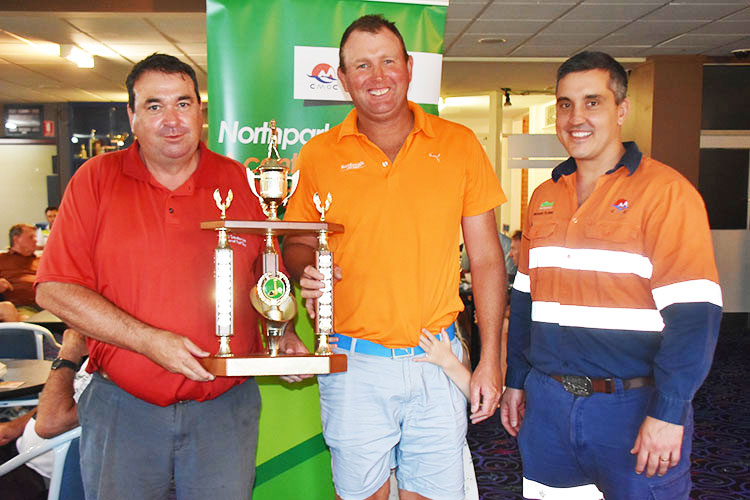 On Sunday, Steve Betland stamped himself as the form golfer in the district, winning the Frank Spice Nissan Classic with a superb round of four under par 68.

While the superbly presented Forbes course proved a test for players from most areas of the state, and some from interstate, due to the 6100 metre length complemented by fast yet true greens, it did little to deter the ability of the big hitting Forbes Club champion.

After posting par 36 scratch for the easier front nine holes of his game, Betland came together in the run home with a run of triples birdies at the 11th, 12th, and 13th holes, followed by another at the 15th for 32 scratch.

Keeping it in the family, younger brother John finished runner-up with equal par 72.

Results for the title of ladies’ champion was more exciting with current ladies’ president Julie Hurkett winning a play-off over 18-year-old Brianna Duncan after both finished equal on 84 scratch.

Saturday’s four-ball scratch winners for the Club Forbes trophy were Jacob Bernardi and Joshua Coulthurst, with one under par 37 points. The ladies’ winners were Heather Davidson and Sarah Black with 23 points.

There was one player who, despite not collecting a major trophy, left Saturday evening more than happy. Brendon Hooper scored a hole-in-one on the short par three 9th.

Feeling for the success of the Classic, Cabramatta Golf Club captain Andrew Marsh said that he felt what Forbes presented over the weekend was “as good as it gets,” and he and fellow travellers will definitely be back next year.

“This course is great, what a layout, and the greens, how good are they? A credit to all concerned and the country hospitality just as good. A top weekend and I’ll be back to play some more here,” the Sydney scratch handicap player said.