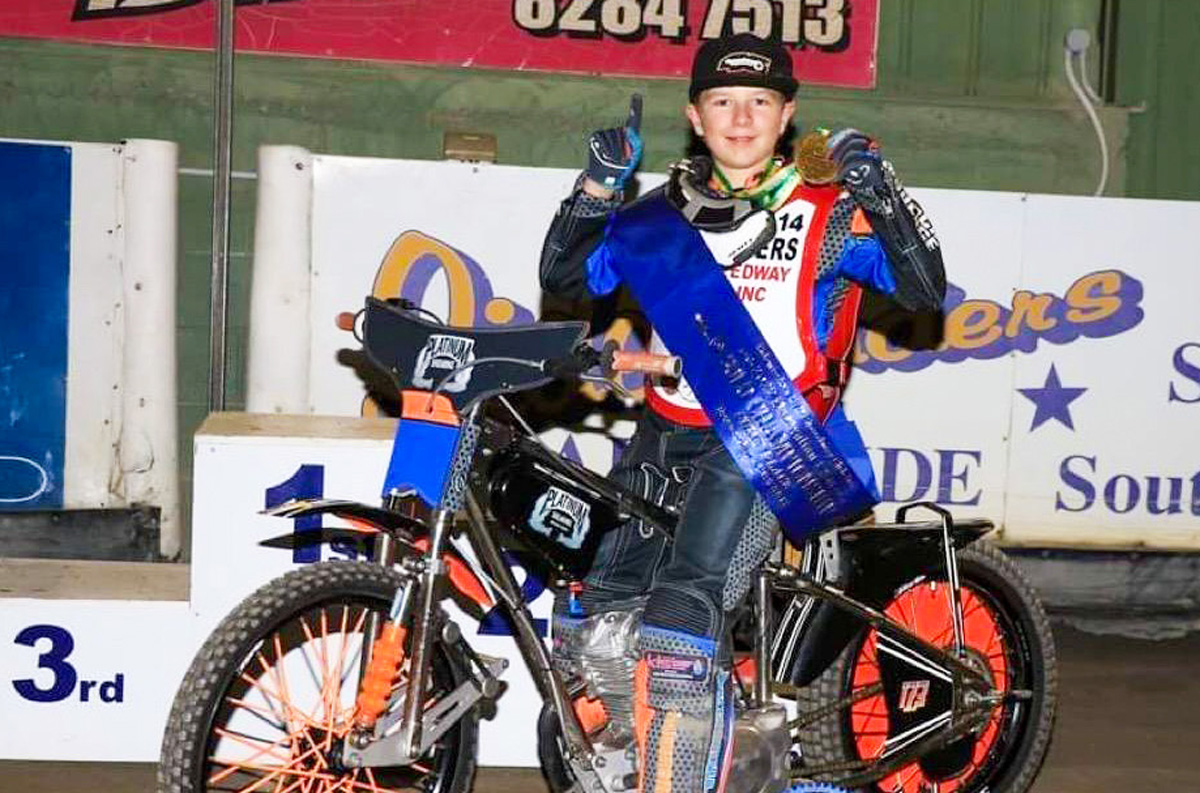 SPEED KING… Beau Bailey became king of the speedway in South Australia last week when he won an Australian title in the 125cc class. Beau and his family used to live in Forbes, but moved to Grenfell where he has a track in the back-yard for training. (Photo: Terry Scriven of TPS Photography)

He’s been riding bikes since he was three years old and last week Beau Bailey won his first ever Australian title.

The twelve-year-old only switched to Speedway two years ago, and last week he became the Australian Champion in the 125cc class at the Sidewinders Junior Speedway Club in South Australia.

“There were 16 competitors from all over the country in that race, and they were all there to win,” said his mum Jade Bailey.

The race itself is an adrenaline rush only lasting between 30 to 40 seconds with four bikes on the track at a time doing laps. “When Beau gets in front he normally stays there,” said Jade, but he was still shocked when he walked off as the winner.

Beau also decided to pick up a normal dirt bike again last month after 12 months of only doing speedway to enter the Bathurst long track in 85cc class and added another title to his collection.

Beau, who trains every week on the track in his backyard, seems to be on a good trajectory to realising his dream of racing for a living in Europe one day.

With the support of his extremely proud family and generous sponsors, he has a clear path set out for him.