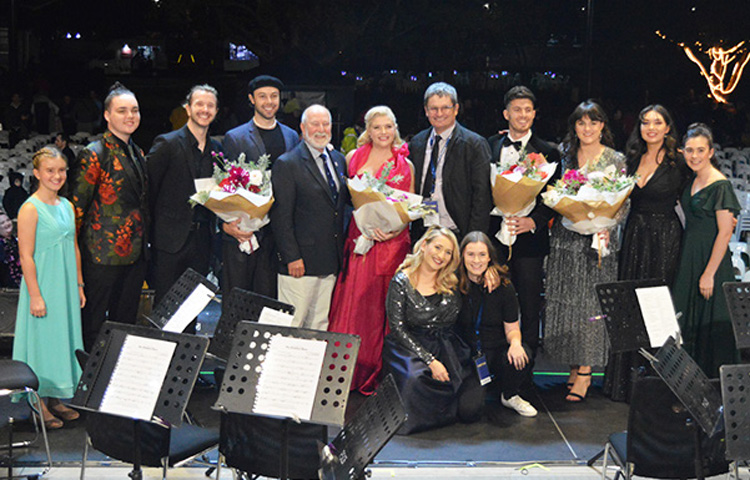 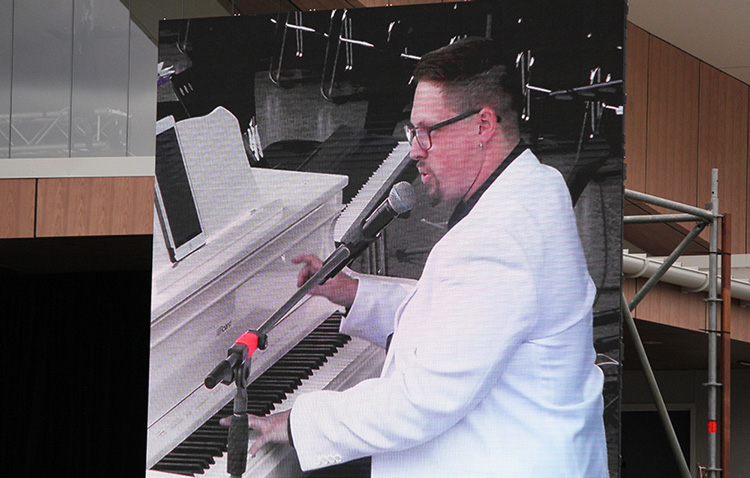 James Whalan from Forbes formed part of the program in the run-up to Overture in Parkes on Saturday night. Here he is seen on the big screen performing a Billy Joel cover. 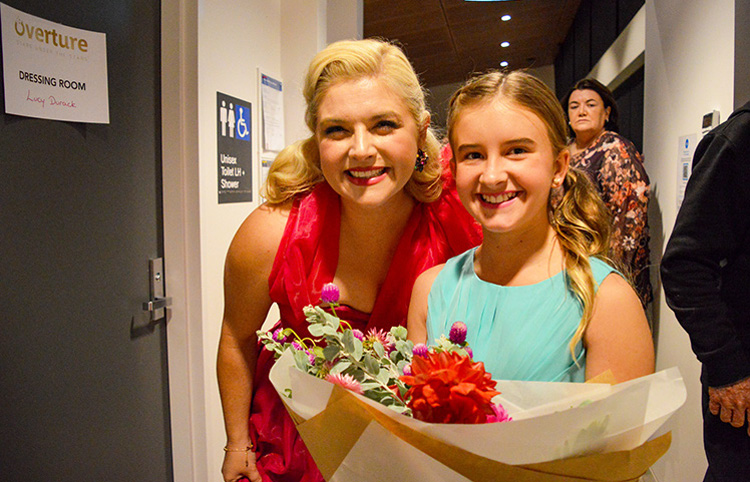 Australia’s musical theatre celebrity Lucy Durack with 12-year-old soloist Lexi Herden from Forbes. In her first ever performance before such a big audience Lexi sang “When I Grow Up’ from the musical Matilda. 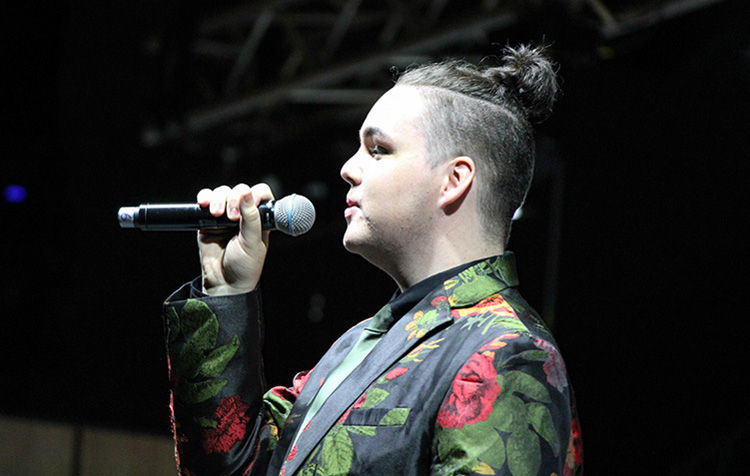 Henry Best from Grenfell was one of two young adult soloists chosen to sing in Overture.