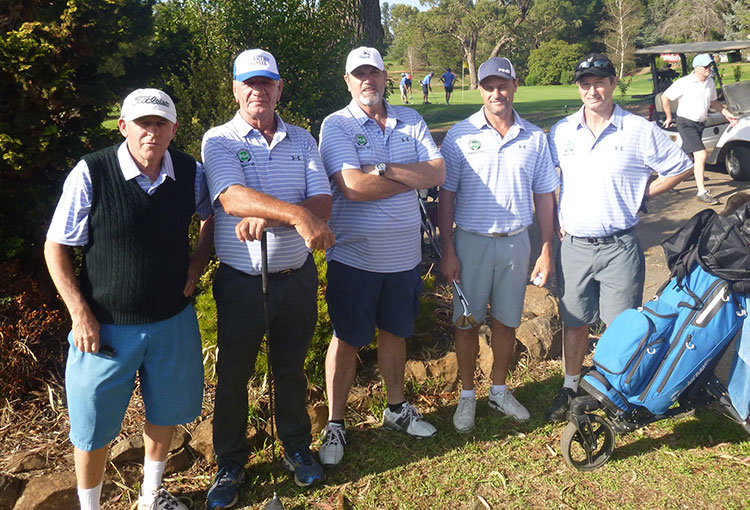 On Saturday the event was Individual 18-hole Stableford, sponsored by Cahill Footwear. The field of 59 players returned good scores in great conditions.

Division 1 winner was Barry Shine with 41 points, ahead of runner-up Andrew McDonald on 38 points. Barry hit every fairway, while Andrew was refreshed after a trip. The Division 2 winner was Phil Wells with a score of 39 points, closely followed by runner-up Rod Besgrove on 38 points.

The Sunday Stableford Medley again had a small field with many regulars away. Mike Spice won with 38 points. There was no Runner-up or Ball sweep. The NTP’s, sponsored by GWG, saw no-one make it on the 9th, but Mike took the 18th quite easily.

Farewell to Tommy Punnett, the Touring Pro who has been helping at the Pro Shop during the Summer. Tommy was often seen fine tuning his putting or honing his chipping skills. We thank him for his company and wish him well on the Australian circuit.

The Summer Super 6’s competition will finish the last two weeks with handicaps frozen, which may affect the final placings on the Pool tables.

Saturday, 22nd February is a 4BBB Par, sponsored by Highlands Design, playing for the Ron Barton Memorial Trophy. Sunday has an 18-hole Stableford Medley, with Pennant duties for Divisions 1-3 at Cowra.