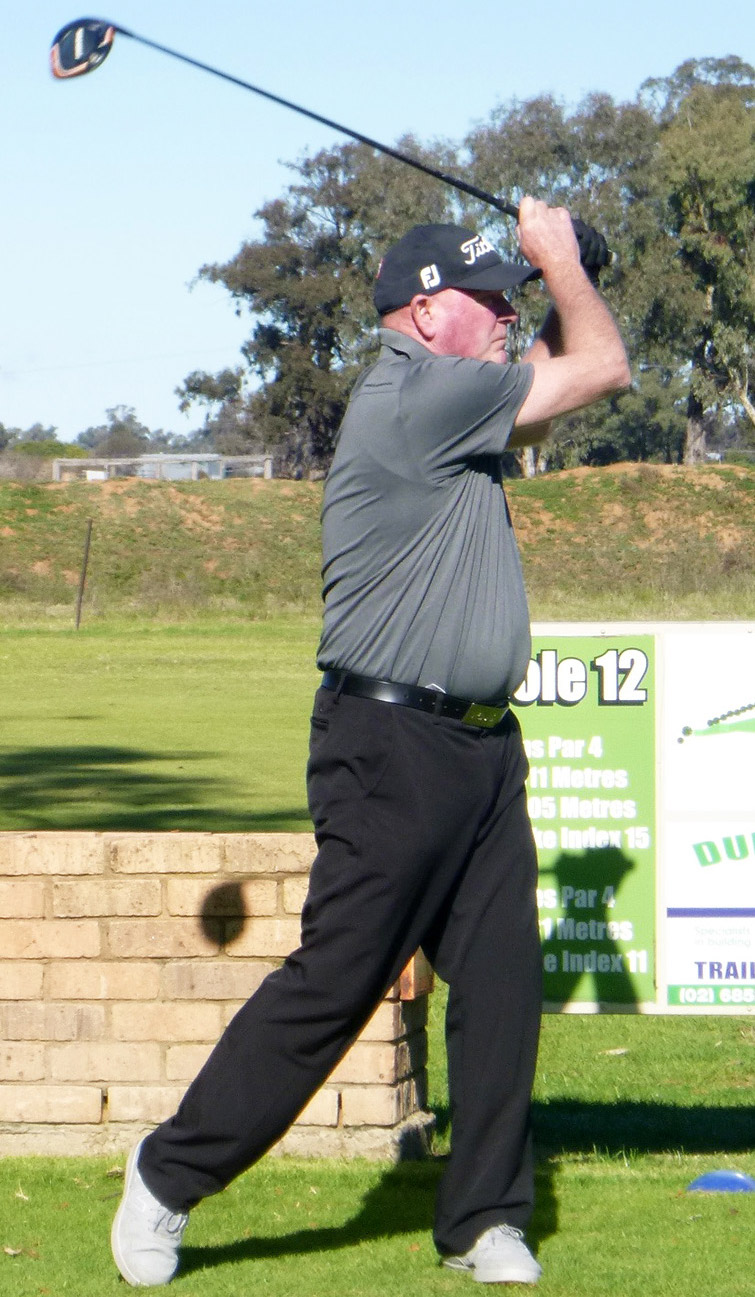 Neil Duncan has a classic pose as he drives during the Foursomes Champs.’

The golf played last Saturday was the second of the year’s Championship events, namely the Foursomes, with players contending for the Mens and Ladies Stroke and Handicap trophies.

The Mens event, sponsored by FINDEX (Forbes) was played over two days with 42 players starting the contest but only 28 carrying onto the second day. However, the results were dominated by low scores and the days were sunny albeit chilly.

The Scratch Championship was won by the pairing of Shane Sallaway and Caleb Hanrahan, who fired 145 for the two days. This was 12 shots better than last year’s winning score, and which was posted by the runners-up John Betland and Stuart French.

The Handicap winners were Ted Morgan and Matt Duff, who capitalised on their good play, equal contributions, and their handicap to score 134 nett. Runners-up were Shane Callaway and Caleb Hanrahan on 145 nett, playing off a scratch handicap.

There were daily comp prizes, with Shane and Caleb taking both Scratch and Nett honours on day 1 and the Dawson/Dukes and Morgan/Duff pairings sharing the day 2 prizes.

The biggest story for the NTP’s and Super Pins is the ‘Hole-in-one’ scored by Sarah Black on the 3rd hole during day 1. Sarah played mid-morning and snuffed any chance for the Super-Pin for any later players.

There was no result in the Sunday Stableford Medley with too few participating.

This coming weekend we have the Juky Monthly Medal and a Stableford Medley on the Sunday.