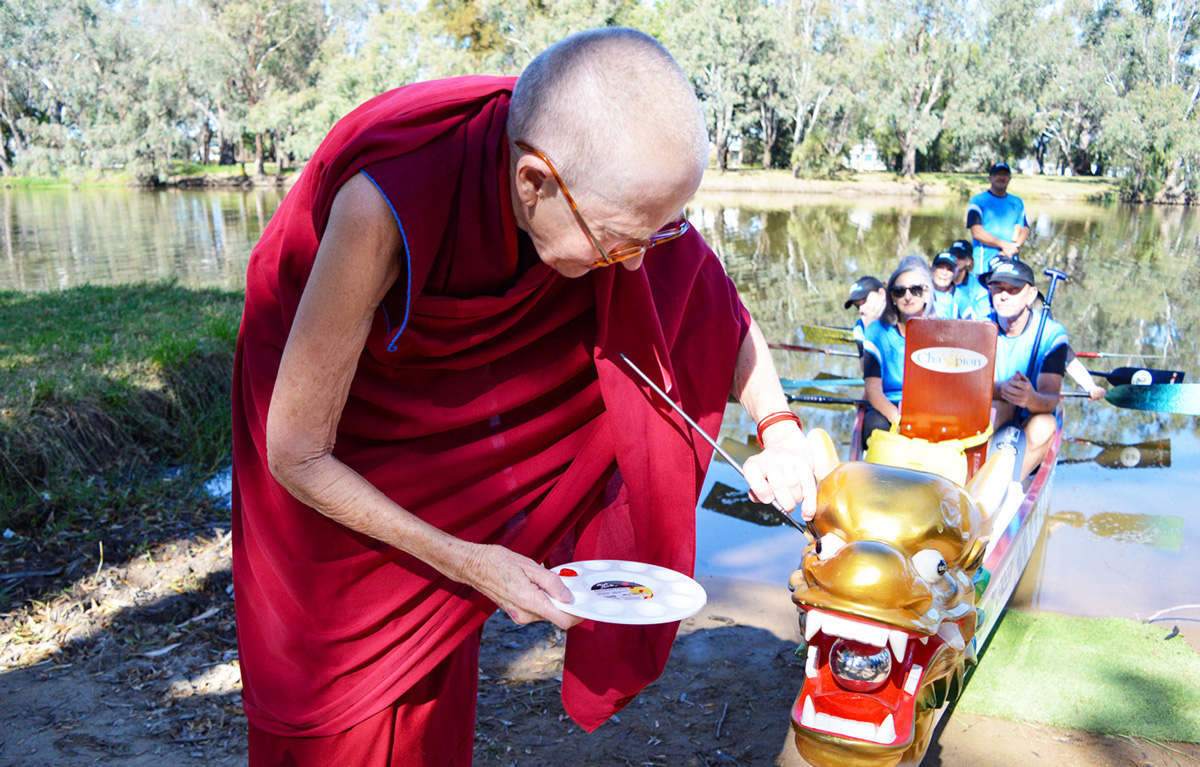 The Venerable Rabdrol dots the eyes of the ten-seater dragon boat at Lake Forbes.

The Forbes Dragon Boat Club turned 10 last year but COVID lockdowns meant the club could only conclude its planned anniversary celebrations on Sunday with a special ceremony.

Member of the Sydney Buddhist community, the Venerable Rabdrol conducted a Dotting of the Eye ceremony for the club’s new ten-seater boat. The ceremony is for the awakening of the dragon in keeping with the strong traditions of dragon boating.

The special guest read out a poem by Thich Nhat Hanh before using red paint to dot the two eyes of the dragon head on the boat.

The club’s paddlers took the boat on the lake and ‘charged’ the bank three times to awaken the dragon.

The ceremony was followed with morning tea attended by members past and present at the Forbes Sport and Recreation Club. President Cathryn Sweeney gave an overview of the past ten years of the club that was started on 11th September 2011 with 38 members currently.

“Since the founding members saw the potential benefits of putting the beautiful Lake Forbes to use, many members have enjoyed the rewards of being part of a social group and sporting team training up to three times per week and participating in many regattas around Australia, and even overseas.”

Cathryn also presented founding member and first president Wendy Green with her life member pin. Wendy was named the club’s first life member earlier this year and the ten-seater boat was named after her. 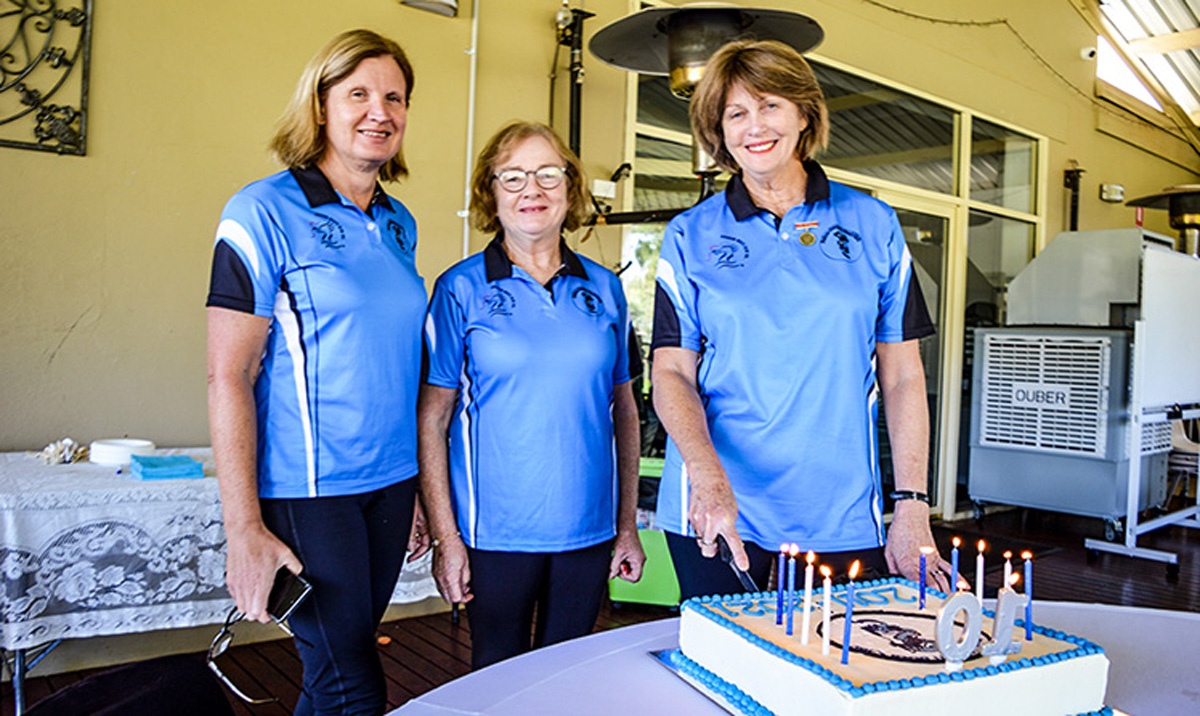