You are here: Home / Articles / April 2018 Hottest On Record 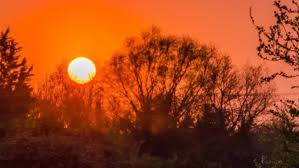 Australia’s warmest April on record (for mean maximum temperature) has just been confirmed, with multiple records broken across the nation, according to the latest Bureau of Meteorology (BOM) data.

The BOM’s ‘Australia in April 2018’ summary also shows that the mean monthly temperature was the second hottest for April, climbing 2.38°C above average, with daytime temperatures reaching exceptionally high levels in each state. Alongside this record-breaking heat, Australia also experienced below average rainfall with last month going down as the driest April in almost a decade.

Climate Councillor and international climate scientist Professor Will Steffen said the ‘abnormal April’ records highlights the impact climate change is having across the country, driving more severe and more frequent heatwave events that are lasting longer than ever before.

Professor Will said the window of opportunity for Australia to tackle climate change was rapidly closing, as climate change driven extreme weather events continued across the nation.

“Australia must urgently slash its rising greenhouse gas pollution levels through continuing the transition to clean, affordable and reliable renewable energy and storage technology,” he said.