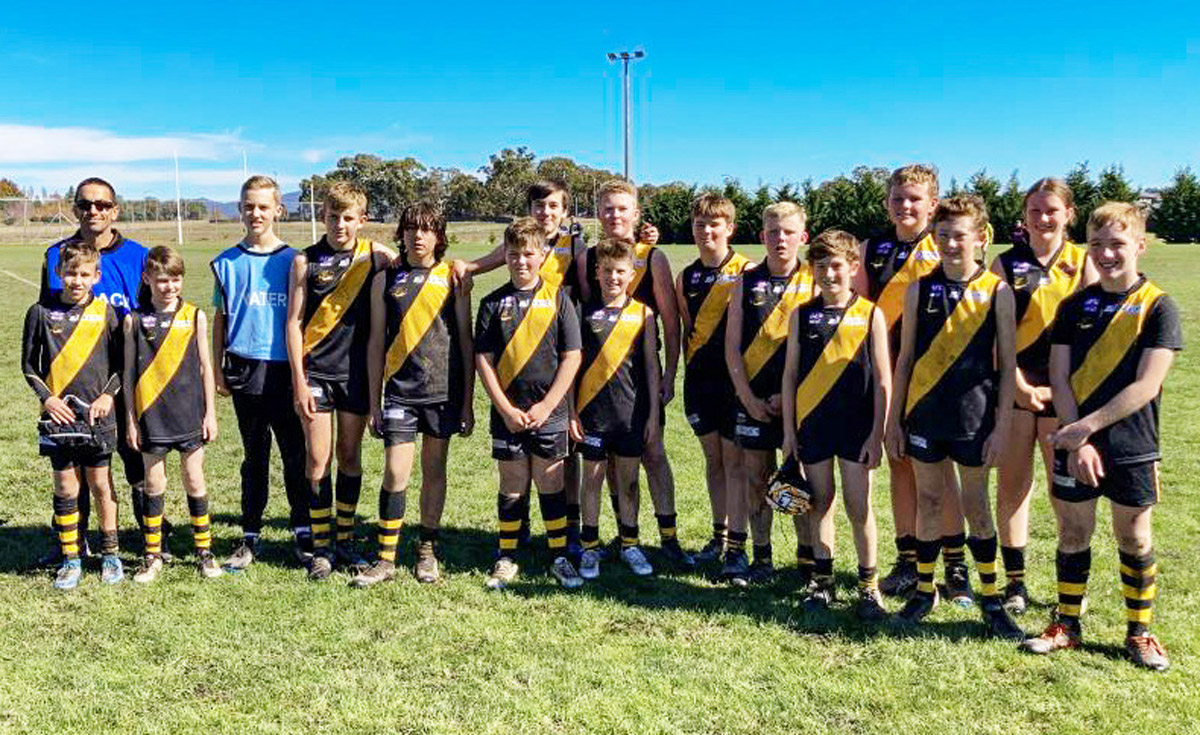 Wet and muddy conditions could not stop Orange/Forbes take the win after the Swamp Tigers defeated Bathurst Bushrangers in the Under 12 and Under 14’s by 19 and 47 points respectively in Round 1 of the AFL Central West’s junior competition.

Max Ridge, in his first AFL game, shined, and Tyson McLennan, Romulus Milsom and Jackson Beaudin were not far behind as Orange/Forbes recovered from a half-time deficit to bank four premiership points.The Swamp Tigers took control in the third quarter and never looked back.

For the 14’s the day was a more straightforward affair as they were never really threatened cruising to a 10.14.(74) 4.3.(27) win.Zain Clark was the pick of the bunch in defence, while Cayden Metzeling played strongly.

Bathurst Giants came from behind to overrun Forbes/Orange and win by 2 points on Sunday morning, with the Giants kicking the winning goal in the final minute of the match.

The Giants had hung in against the Swamp Tigers throughout the contest but trailed by 20 points at the last change.

But the Giants were massive in the frantic final term, kicking two goals ten as the Giants piled on the pressure and powered its way to the 6.10 (46) to 7.2 (44) victory.

match for three quarters, only for the Giants to turn up the pressure in the fourth quarter to get within one.

However, the Forbes/Orange showed the poise and the guys and girls were able to outlast the relentless Giants pressure and hang on for the win 5.8 (38) to 5.7 (37)