You are here: Home / Articles / A Great Turnout For Film Premiere 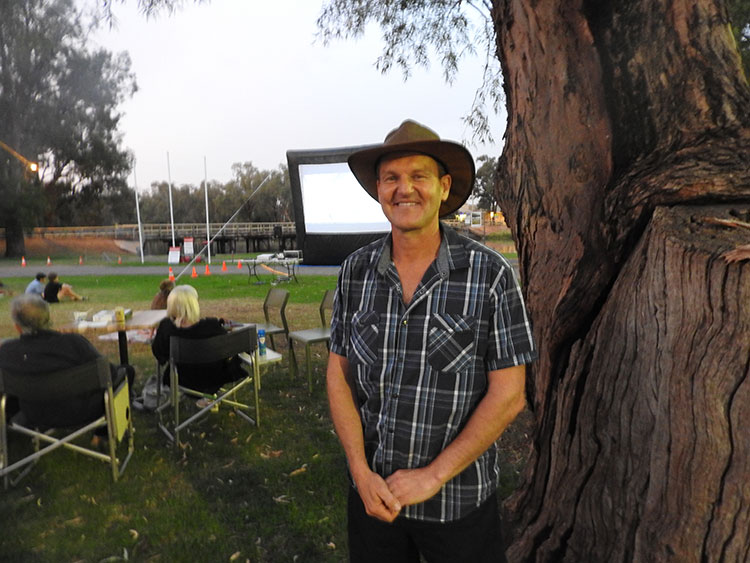 Forbes was privileged to host the World Premiere of Total Native II last Friday night at Lions Park. Food vans, live music and a bar ensured the audience were in the utmost comfort.

Hundreds gathered with their camping chairs, picnic rugs and bean bags to watch the film, which featured a whole chapter filmed in and focusing on fishing in Forbes. Host of WIN’s Fishing Australia, Rob Paxevanos who starred in the film, also attended to present the film, answer questions and to talk about the filming of Total Native II. Rob seemed to be very impressed with his experiences fishing the Lachlan River for Murray Cod and Golden Perch over the course of filming. “We went looking and we found the fishing of our lives.”

Rob said that aside from presenting Australia and the fishing world with a surprising insight into Australian inland river fish and their behaviours, the film also showed people outside drought stricken Western NSW that “the Central West isn’t just some big dust bowl, there is water and there are fish.”

One stand out feature of the stunning cinematic journey was the capture and release of an enormous Murray Cod, weighing in at just over 45kg. This is the first time such a large Murray Cod has been captured on film. Filmed by Eugowra local Andrew Barnes, the premiere was thoroughly enjoyed by all in attendance.