Home » 711 Days Of Work In Forbes District By BlazeAid Volunteers 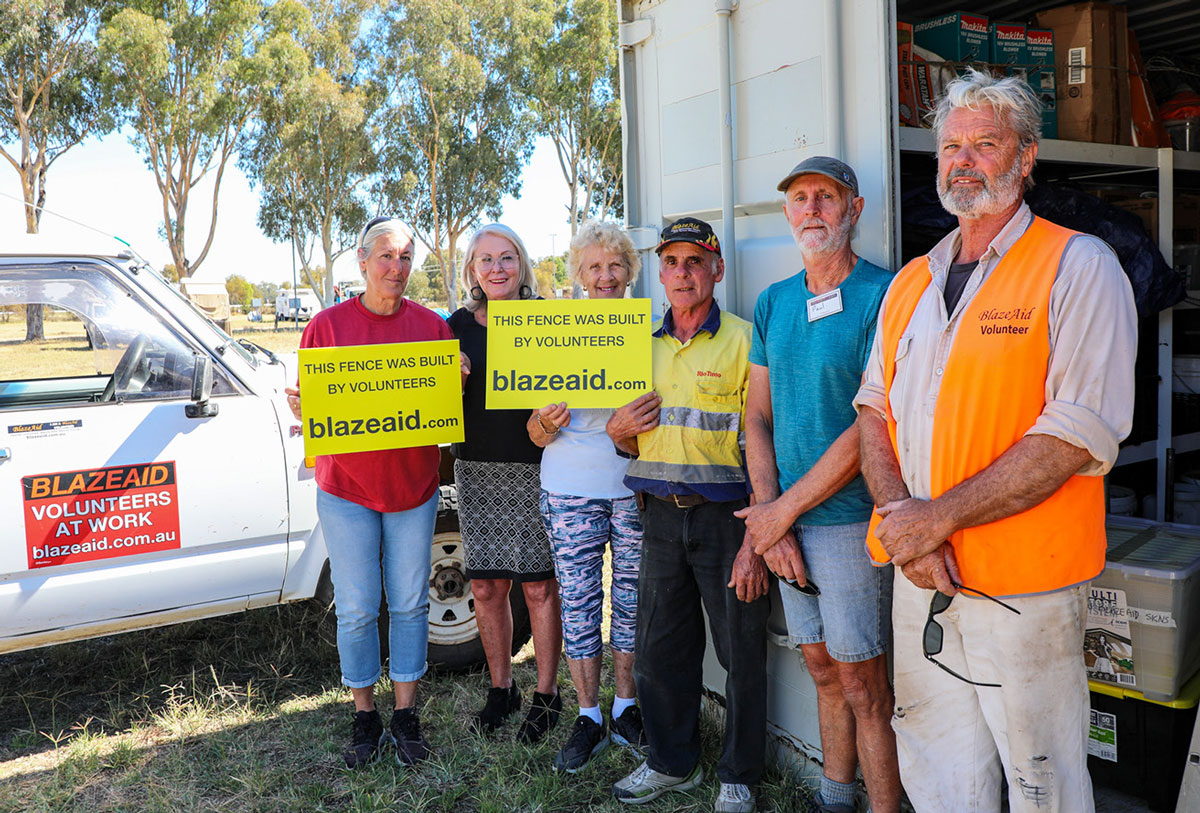 BlazeAid volunteers concluded three months of assistance in the Forbes district and the last five volunteers packed up their base and accommodation last week.

“These volunteers worked tirelessly alongside the rural families to rebuild and reclaim fences and other structures that have been damaged or destroyed,” said Forbes Shire Mayor Phyllis Miller.

Since arriving in Forbes on 4th January, BlazeAid volunteers have cleaned 41.2km of fences and built over 16km of new fencing. At times they had up to 46 volunteers helping out, who worked for 711 days, six days a week.

“These amazing people have worked hard in the summer heat and in very difficult circumstances to assist families and farmers after the substantial flood damage sustained in the most recent floods,” Phyllis said.

Catering officer and Parkes volunteer Alicia Westcott said being a part of BlazeAid was about working towards making life better for each other.

Phyllis thanked BlazeAid and its many selfless volunteers who helped out in Forbes and acknowledged that not only did many of these volunteers stay in our town but contributed to our local economy by purchasing thousands of dollars worth of groceries, fuel and supplies.

“We wish you well as you move on to support other communities,” she said.

Many of the BlazeAid volunteers will be heading to the next disaster zone to assist after the floods in the north of the state.

BlazeAid is a volunteer-based organisation that works with families and individuals in rural Australia after natural disasters such as fires and floods. Volunteers also help to lift the spirits of people who are often facing their second or third flood event after years of drought, or devastating losses through bushfires.