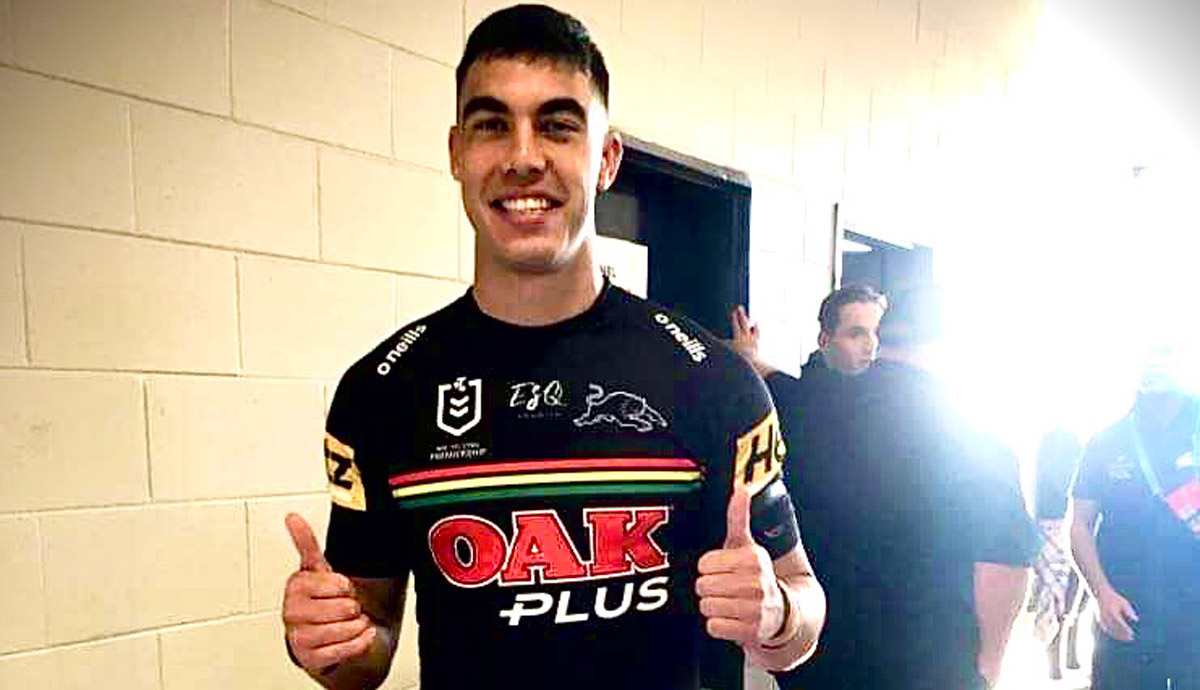 WINNERS ARE GRINNERS: Charlie Staines last year in Dubbo after Penrith put a score on South Sydney before repeating the dose in a narrow grand final win 14-12 in October. Charlie will be hoping for more game time this year after some of his former teammates have signed with rival clubs. Pic courtesy of Sharon Swindle.

For Charlie Staines and his Penrith Panthers, the first step towards defending their 2021 title will be against fellow contenders Manly Warringah Sea Eagles, on Thursday March 10 in what shapes as a mouth-watering contest to open the new season.

For Staines, work has already begun despite grand final victory parades in Penrith and Bathurst yet to be held. He will have first shot at the vacant wing spot left after Paul Momorovski left for the Roosters and Brent Naden and Matt Burton signed with the Bulldogs. The bigger question will be whether Stephen Crichton lines up inside him or someone else should he suit up next to NSW flyer, Brian To’o. Nevertheless, with Tyrone May also gone and Dean Whare departing last season as well – Penrith’s stocks suddenly look a little thin in the outside backs. Who will play inside Staines next year?

While coach Ivan Cleary and the Penrith Panthers brains trust have time to resolve their shortage of outside backs, the 2022 draw sees Penrith take on South Sydney in a grand final rematch in Round Four and two games against other heavyweights Melbourne and Sydney Roosters among others including rivals Parramatta.

In another boost for the game in the bush and our region, an equal record number of regional fixtures will be played with Bathurst, Dubbo, Mudgee and Wagga among the ten locations the NRL is taking the competition in 2022 in a real win for country rugby league fans.

Yet for Staines and the Panthers it is all about a good pre-season and getting combinations right for round one against the Sea Eagles. The 2022 NRL season may well be the one where Forbes Ferrari Charlie Staines finally leaves his mark!