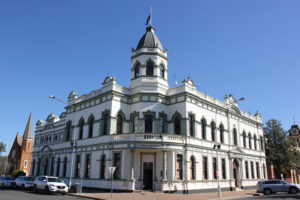 Seventeen candidates will be contesting for the nine Councillors positions in Forbes in the Local Government Election on Saturday, 10th September.

Of the 17 candidates, eight are current councillors; Graham Falconer is the only councilor not standing again. Councillors will vote to elect the mayor
at the first meeting of the new council on Thursday, 15th September.

The Forbes Business Chamber will be running a Meet the Candidates night on Tuesday, 30th August at the Forbes Services Memorial Club at 6pm. This will be an opportunity for the community to hear what each candidate wishes to present for their campaign. Each candidate will have two minutes to speak with question time at the end.

Voting is compulsory for all residents of the Forbes local government area who are registered on the electoral roll. Electors enrolled for federal and state elections are automatically enrolled for their local council area.

There is no absentee voting in local government elections. If you are unable to vote on election day, you can vote by either pre-poll or postal. Voting on 10th September will be at the Forbes Town Hall between 8am and 6pm.
The new council will serve for the next four years