The annual Men’s Open events saw 81 players in the 4BBB Stableford on Saturday, while the main 18-hole stroke open on Sunday had a good field of 116 players.

The Sunday Open produced very competitive scores despite the wet conditions. The A-Grade Scratch was won by Kurt Cusack (Wellington) with 72, while the A-Grade Handicap was won by Mike Wood Jnr (Dubbo) with 70 nett.

The B-Grade winners were: scratch – Anthony Alley (86) and handicap – Mike Gaffney (Griffith) with 74 nett on count back.

The C-grade winners were: scratch – Keith McCullock (Riverside) on 100 and handicap – Josh Wood (Dubbo) with 77nett on count back.

Players braved wet conditions from above and underfoot on Saturday for the 4BBB Stableford. The scratch winners were J Betland & P Dawson (Forbes) with 40 pts, on count back from runners-up S Betland & J Bernardi (Forbes). The handicap winners were Jock Coupland & Tom Stuckey (Condo) with 46 pts. The handicap runners-up were Jack Dobell and Dave Tildsley (Forbes) on 45 pts.

This weekend we have an 18-hole stroke, sponsored by B&C Autos, with the West Wyalong Open on Sunday, and a Stableford Medley at home.

Saturday May Monthly Medal stroke event at the Forbes Golf Club was contested by a reduced field of 53 players.

The A-Grade was won by Wade Ritchie with 72 nett, but the medal was awarded to runner-up Alf Davies on 74 nett.

Last Friday the Forbes Pro-Am was played with 94 players, including 27 pros and amateurs from around the state. 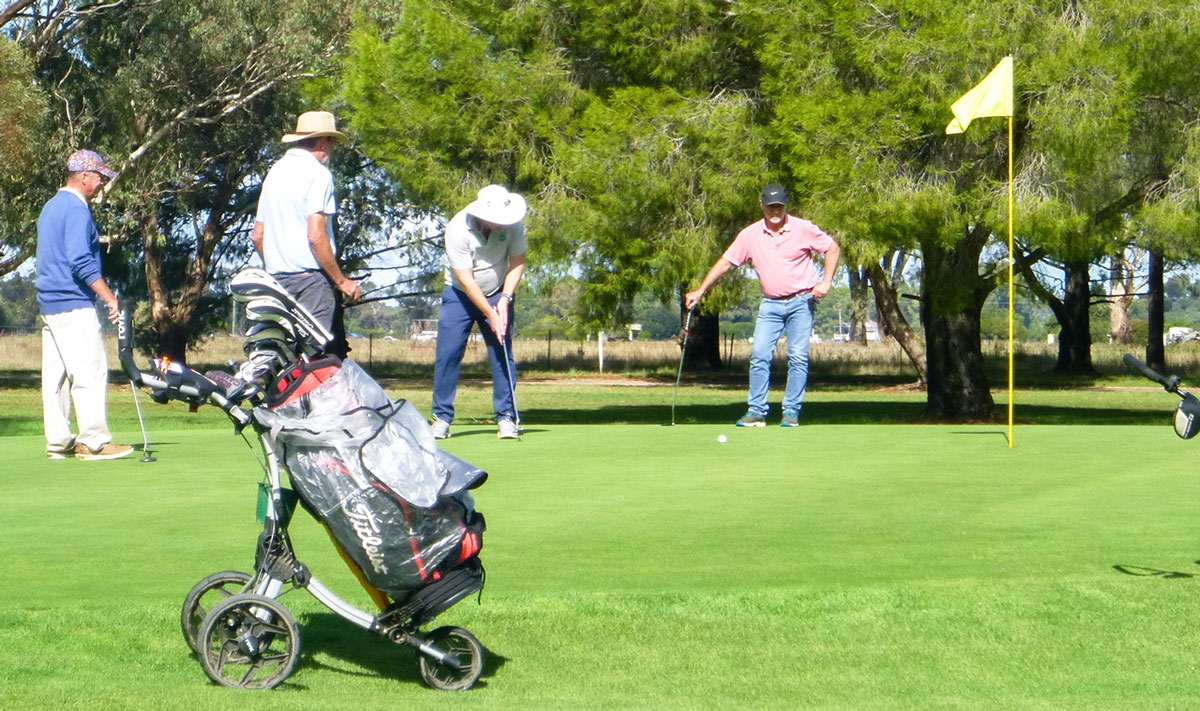 A group of golfers enjoy the afternoon sunshine last Saturday after heavy rain in the morning.

Saturday was a busy day with the Ladies Open 4BBB played and the Men’s competition Individual Stroke event. Once again, the weather intervened with a forecast of heavy rain turning many players away, but the afternoon players had a sunny game.

In the Men’s competition, sponsored by Country Mile Motor Inn, had 31 starters. Div-1 was won by Neil McMillan with 71 nett. He had a good margin back to runner-up Anthony Alley with his 73 nett.

The Men’s Div-2 was won by Lachlan Alley with 68 nett, using his handicap well. Runner-up was Matt Duff with a powerful 71 nett.

The Ball Sweep went to 76 nett on count back.

Nominations are still open for the Men’s Open on 14th and 15th May. This weekend the Men’s comp is the May Monthly Medal, sponsored by Adept Plumbing. 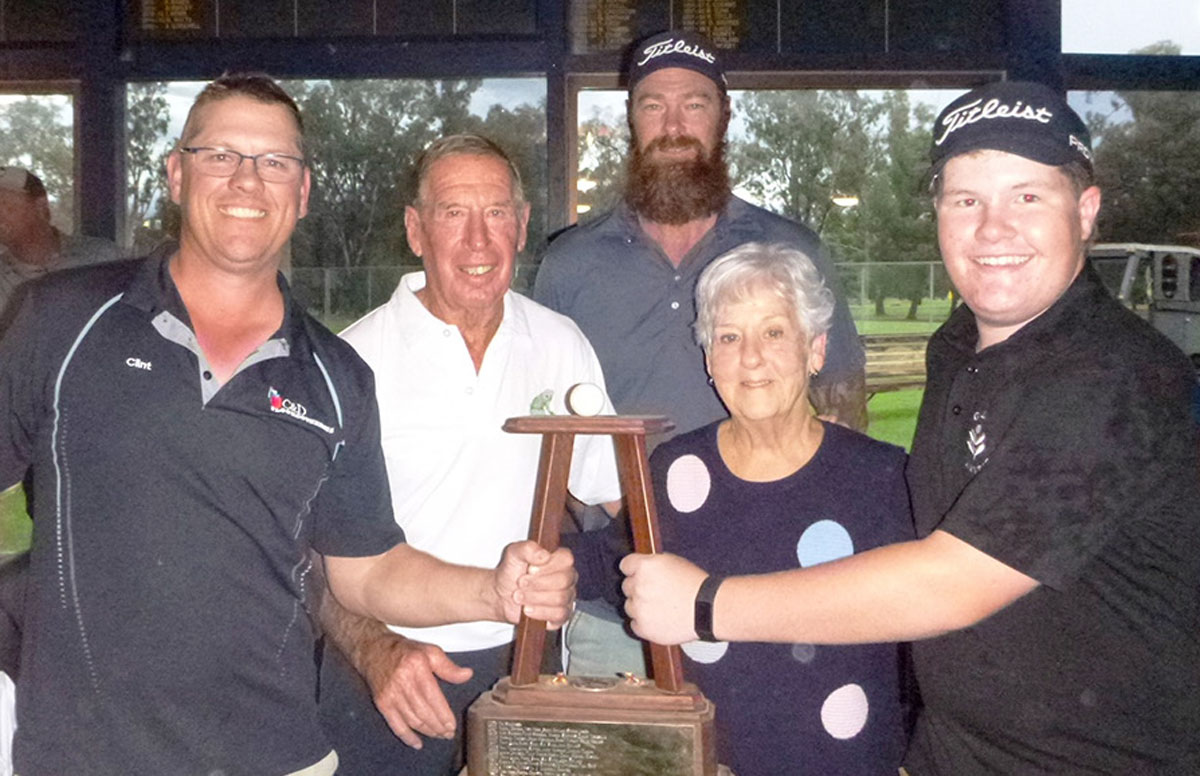 A smaller field of 54 players took part in the men’s Individual Par on Saturday with Paul Pymont winning with a +4 total in Division 1.

Runner-up was Greg Webb with +3 in the Forbes Tuesday Golfers sponsored event. The Division 2 winner was Stephen Edwards (Bogan Gate) with +2, which he got on count back. The unfortunate runner-up was Jonathan Cutler.

Sunday’s Stableford Medley did not attract enough players, while Friday saw a good field participating in the annual Rugby President’s Golf Day. Over 64 players competed in the 4-Person Ambrose event. Fun was the primary purpose, but there was some serious play recorded.

The Summer Sixes have reached the grand finals stage. The plate finalists will play their games through the week, and the main draw finalists will compete in a shoot-out on Sunday.

A real incentive was the cash prizes with players travelling from Parkes and West Wyalong. Troy Howe, Steve Betland and Randal Grayson won with a score of 61 2/3 nett. They had a healthy margin over runners-up Brodie Hodges, Greg Hanns and Anthony Davies who scored 63 nett.

Men’s captain Steve Betland thanked the sponsors and participants saying he hoped this type of event would become a regular item on the calendar.

The ball sweep went to 76 nett, on count back – check in the Pro Shop to see if you earned one. The NTP’s went to: 9th – Max Medlyn (Parkes), 18th – Paul Kay. The 3rd Hole Super Pin went to Paul Kay, whose shot just sat beside the hole and missed a hole-in-one by 4.5cm.

The Summer Sixes competition finals series is getting exciting. Golfie and Forbes Auto teams are in the main draw grand final, and F-Troop and HD&SI are in the plate grand final. Upcoming events: 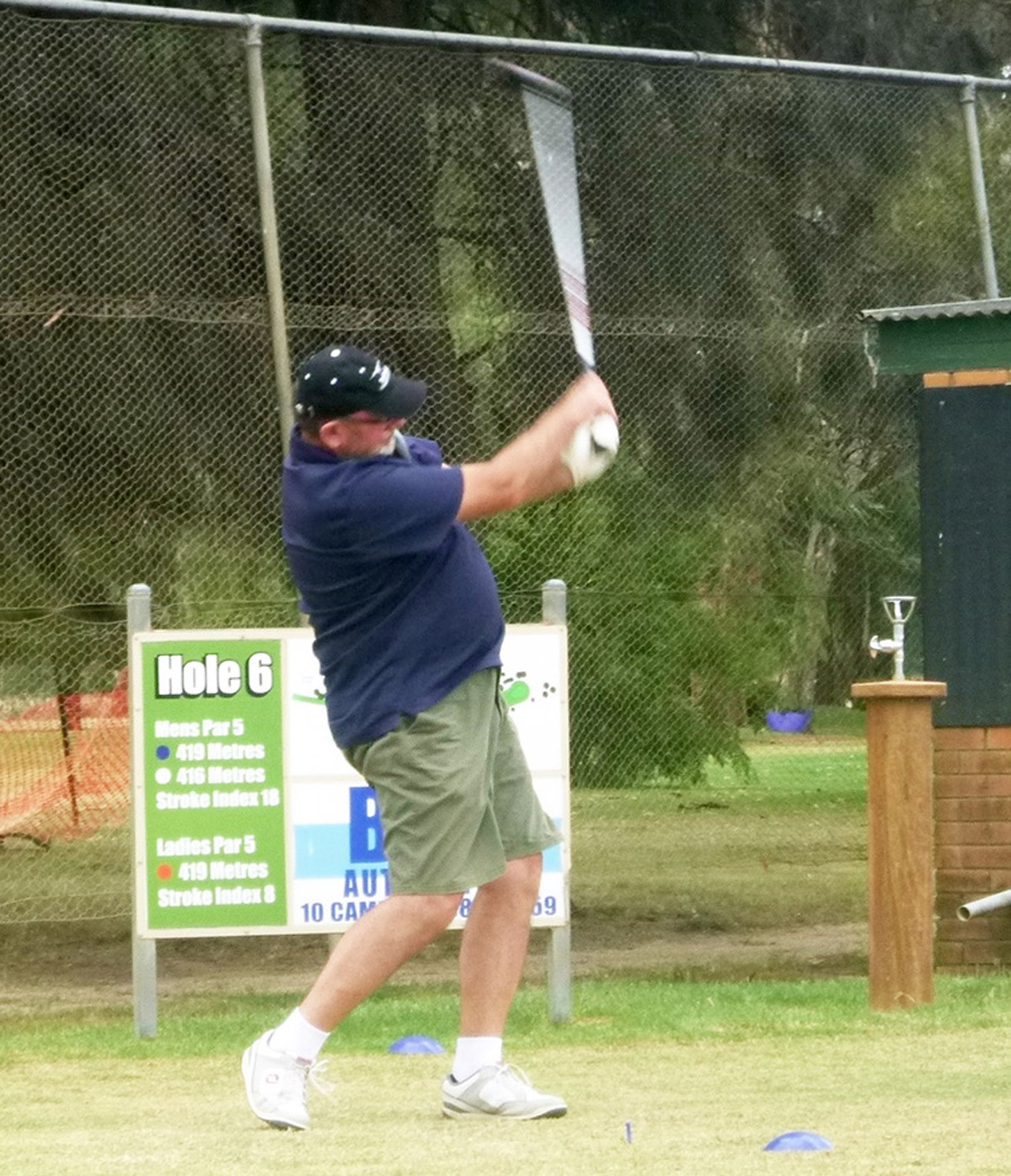 Division 2 players played closer to their handicaps with Les Little (37 pts) nudging Bruce Squires on 36 points. The ball sweep went to 34 points – check in the Pro Shop to see if you earned one.

The NTP’s went to – 9th – Brian Clarke, 18th – Dave Mylecharane. The 3rd Hole Super Pin went to John Betland, with a shot to 4.40 metres, underlining the difficulty in the wind.

The Men’s Pennants teams travelled to Parkes with a less than exciting day for results. The Divisions 1, 2 and 3 teams played against Dubbo, with Divisions 1 and 3 recording losses. The Division 2 team had a narrow win by 3/2.

The Division 4 team played Parkes and despite losing 3/2 they were still in for a chance at the Grand Final, but Bathurst won their match 4/1 against Dubbo and pipped Forbes for the Grand Final spot by 1 point.

The Division-1 was won by Jack Dobell (40 pts) on count back from Andy Brownlow of Peak Hill. Both had 24 and 16 points for 9-hole scores but were reversed with Jack doing better on the back-9.

The Division-2 players produced the best score with 41 points by Greg Webb, who has a fresh ‘Life Elixir’ to help him swing well. Runner-up was Matt Duff (40) who had an indifferent start but came home really strongly.

The ball sweep went to 35 points, on count back – check in the Pro Shop to see if you earned one. The NTP’s went to Graham Newport on the 9th and Matt Duff on the 18th. The 3rd Hole Super Pin went to Andrew Brownlow, with a shot to 2.09 metres.

The Sunday Stableford Medley had three players, all visitors, with locals either playing Pennants or sheltering from the hot day.

Do not forget the Callaway Equipment Demo Day on Thursday, 24 February. We also have a 3-Person Ambrose set for Sunday, 20 March. 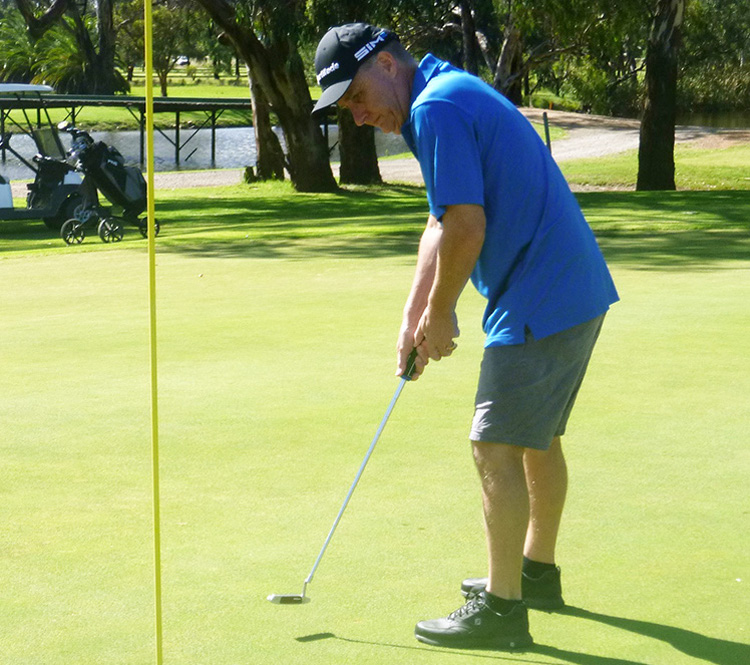 The Saturday Men’s golf competition was the February Monthly Medal, a Stroke event sponsored by Terry Bros Carpets, and which produced many low scores in picture-perfect conditions.

The A-Grade Medal was won by John Zannes who started slowly then was on fire from the 8th hole onwards to par the back-9 and finish on 67 nett. Runner-up was Steve Betland who shot under-par for both halves to record a scratch 68, but with his handicap finished on 70 nett.

B-Grade Medal went to Tom Toohey (65)with the best score of the day. He admitted to being nervous playing alongside Head Pro Adam. Runner-up was Peter Barnes on 69 nett.

The ball sweep went to 75 nett, on count back – check in the Pro Shop to see if you earned one. The NTP’s went to: 9th – John Zannes, 18th – Shane Sallaway. The 3rd Hole Super Pin went to Steve Betland, with an outstanding shot to 30cms, just short of a hole-in-one.

There was no Stableford Medley played on Sunday, due to the Men’s Pennants being played. There was some outstanding golf on display with players from Bathurst, Dubbo, Parkes and Wellington participating.

This proved to be a successful day for Forbes with 80 players enjoying great conditions and a wholesome BBQ lunch to finish, with the only Forbes team to compete, the Division 4 team, scoring a 3-2 win over Dubbo.

The Summer Sixes comp once again threw up some unexpected results, although team scores were not as low as for previous weeks.